’Unaffiliated Jews are a lost cause’

’Unaffiliated Jews are a lost cause’ 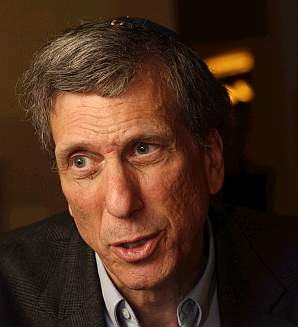 The 1 million completely unaffiliated American Jews will probably be lost to assimilation and intermarriage no matter what happens,

and therefore outreach efforts should focus on about 3 million Jews positioned between those who are committed to and those who are completely devoid of Judaism, Prof. Arnold M. Eisen, chancellor-elect of the Jewish Theological Seminary, said in an exclusive interview with The Jerusalem Post over the weekend. "The answer [to assimilation and intermarriage] is not numbers, but quality," said Eisen, who was in Jerusalem to attend the cornerstone laying for the new campus of the Schechter   Institute of Jewish Studies and its 19th rabbinic ordination ceremony. He will take office on July 1. "We are losing one quarter [of US Jews], one quarter is getting stronger and the middle we have to fight for, and most of them we lose," said Eisen, who is currently Koshland professor of Jewish culture and religion at Stanford University.

Eisen estimated that 20% of the approximately 5 million Jews in the US had no connection with Judaism.

"So they really are not there, except maybe for the fact that politicians want their vote. So you are losing a million that you did not have anyway. They matter because every Jew matters. "But if I take the 20% that are active and if I turn another 20% into active [Jews] I have transformed the Jewish people. That 2 million out of 4 million would leave us in better shape than 1 million out of 5 million," he said.

In an hour-long interview, Eisen touched on intermarriage, the future of US Jewry, the causes for the shrinking of the Conservative   movement and Zionism.

Sidestepping the issue, Eisen described a US Jewry ravaged by intermarriage and assimilation. "The question is what you can do to improve quality so that you obtain a critical mass of the Jewish community. You don’t give up on any Jew, but I read the sociological trends and the numbers are bad. There are issues of quality that we can do a lot about. I see enormous possibilities," he said.

Eisen described himself as an optimist in the sense that "I do not count numbers."

Eisen, who has devoted most of his career to studying the ideological trends of contemporary American Judaism, including the causes of strong Jewish identity, said that he accepted the chancellor post because "I believe something can be done" to reduce intermarriage and assimilation.

"So if I get a stronger core, the intermarriage rate is going to decline. At the moment, if current trends continue, Orthodoxy will be a larger and larger percentage of American Judaism. That means the intermarriage rate will fall. This is good. So the bad thing to do is to project from the present as if the future is the same as the present, only more so and worse," he said.